Skip to content
Home ▸ Guides ▸ Sims 4 Fire Mod To Kill Your Enemy & How to Put Out, How To Start Fire

Many times fire has made the life of fledgling family’s short in The Sims 4. Learn how to break out a fire in Sims 4 House. Also saving a life is crucial if you need your Sims to live & prosper. But things are not benefited by the fact. When the majority of Sims see the fire, they start a panic.

This leads them to stand in place & are burned to ashes. Below we help the ways you can put fires in Sims 4. Also how to quench them out, and how to protect Sim from being in the first place. 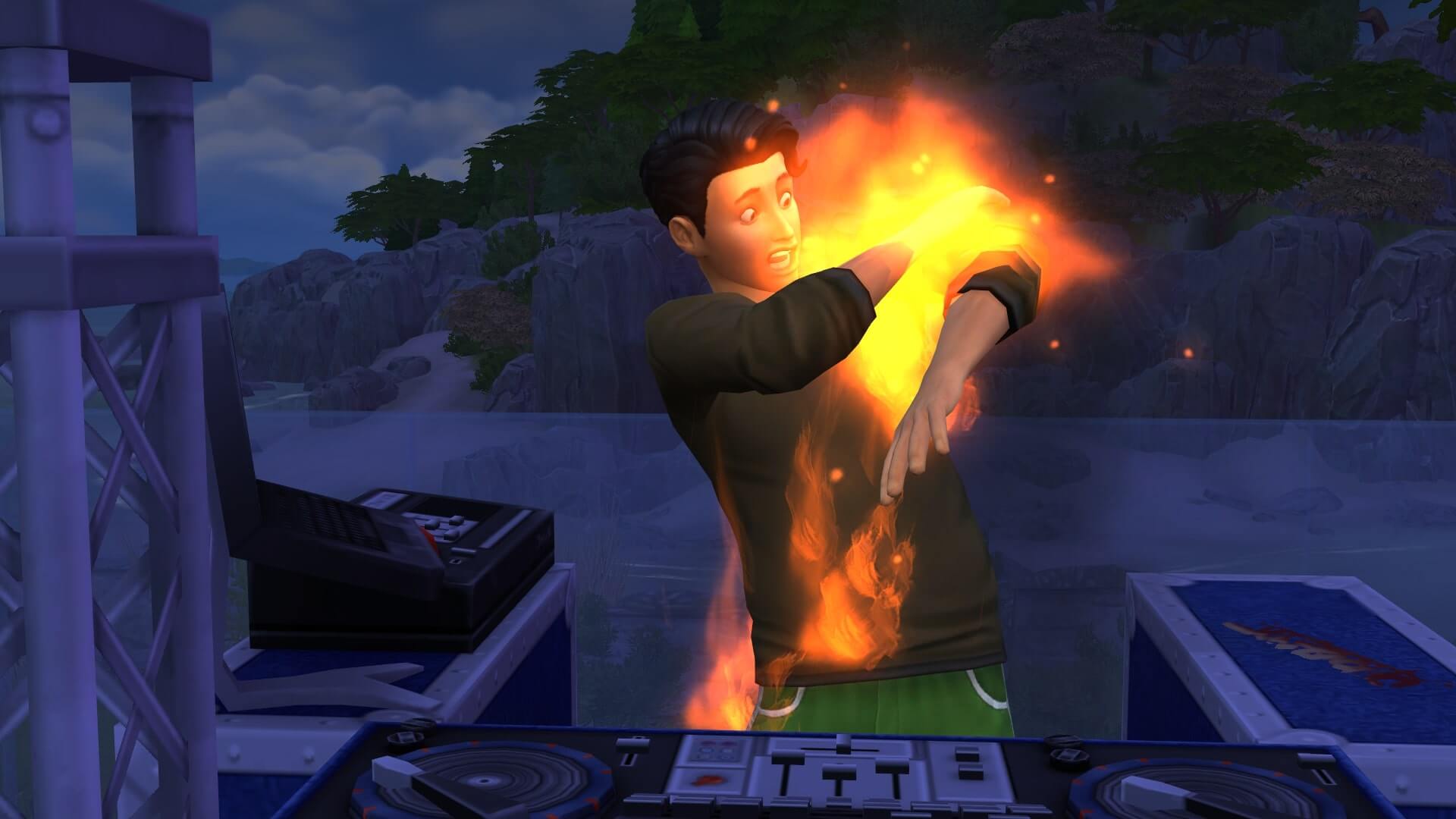 It does not seem to be any type of cheat. But computer code to quench flame directly in The Sims 4 will be improved. Though there is a cheat code that will help Sims to stop fires.

If you enable the cheat command & type stats. fire. toggle ( Enter “true” to turn on fires /  Enter “false” to turn off fires) you can change the settings for fires to start on & off automatically at will.

In The Sims 4, fire alarms are kept on the same floor of the building. But as they are separated by rooms. Hence will activate immediately & individually after a break out of a fire.

Fire alarms that are placed in rooms will not act instantly. In New update, firefighter NPCs are added in Sims. They will automatically come into action when a smoke alarm detects smoke. If the Fire Prevention System Utility Panel is available on various floors. Then, smoke alarms will start sprinklers over the fire and quench it.

Fire sprinklers come in Sims 4 as a utility panel on the floor. Sims will cost sprinklers for §650. They are available in the Electronics menu of build mode. The actual sprinklers in Sims 4 do not exist. They appear only when a fire is broke out. Utility services can be kept indoors ceiling or outdoor floors. But Sprinklers can be put on the ceiling to work.

When a fire starts, all utility sprinklers panels on the lot will activate. And water is sprinkled, even the rooms are different. The sprinkler will quench out the fire without leaving any soot. Sprinklers need a smoke detector to activate them.

Once your Sim or Pet catches the fire, they will die instantly & turn into ashes. There is also a way for a Sim to die from fire randomly. This can due to spontaneous combustion. But this is not an ordinary style which comes about. It was claimed to be a glitch in the first patch of the game but was fixed later.

The Fire mod on various sites of the panel has been updated to support new City Living panels lot types. Fire mod alters how intensely / awfully a fire is started at once. You can Use cheats codes to start a Fire when you want. Enter a cheat code sims. add buff Burning Loving desires. T

his will increases your chances of a fire causing for 5 hours. If you wishing to right away injury your Sims lively. Enter the cheat code stats.set stat commodity Buff Burning Love Start Fire 7 many times. As many times you press the cheat code. After pressing enter it will maximize the chance of Sims. Sims 4 fire Mods can be downloaded from the below link.

The additional features of mods are fantastic. Also, it is a very easy way to boost your game instantly. Every one of the single Fire Mods in Sims 4 Mods is unique & gives you new.

In Sims 4 there is no NPCs fireman you can outcry to come to rescue your Sims. So putting out a fire instantly depends entirely on you. There are 2 ways for your Sims to put out a fire in-game. But if you are starting a game for the first time. Then you have only one approach left that is a fire extinguisher.

Sims can place flame out only if they are grown up and mature. So you just hope that one Sim is at his House. To quench a fire, you need to choose a Sim. Then select the tiles which have set on fire. The options will pop up to quench it immediately. On some occasions, everything will be fine once your Sim can set out the burning. Also, there is an equal fortune your Sim can catch flame. If they’re standing close to the fire flames. If this occurs, you can choose them &  take them under a shower. This will save Sim from dying and put them out of the fire.

Your Sim can decease in a firing if it is drive by the Sim itself. Or because of your interior skills of architects. Creating a fire is embarrassing, it takes ample time to burn.

When a fire is there on the lot, Sims will run in a panic here & there. If you demand your Sim to perish in the fire, Stand your Sim in front of it. Also, make sure other Sim does not quench the fire. If you do wish to save your Sim. Then quench the flaming very fast and quick. As it will spread out quickly and rapidly can catch through walls.

Are there Fire Fighters in Sims 4?

When a fire begins, two NPC firemen will come up & proceed to quench the fire. Your Sims will be able to talk about the fire with others. Once they get a new moodlet to focus on. This may need Island Living, I tried using only the base version of the Sims game. It runs properly but still, you must have all the packs installed in-game.