Get To Work Expansion Pack allows you to play as Detective in Sims 4. The center of this Career is Police Station. You start this career as Cadet and become Chief Of Police later. You can Pick New Cases and Work with officers to solve Cases.

Sims 4 Get To Work

Before going to the crime scene use Interactions for Focus. Gardening Skill results in Very focused. Create Mathematical Diagrams at home and carry to the workplace. This creates emotional Auras at Sims Works’ place. Your Sim will receive Focused Buff before heading to crime Spot.

First Pause the game when you enter a crime spot and access the situation. Turn on the radar to locate nearby clues. You can see objects like shoes, socks, gloves, etc. Take a Picture and collect all the clues.

Now talk to witness on the outside Street. You can check the clue list in-game. The more clues you have, the less possibility to arrest the wrong witness.

The notification wall in Sims 4 will remind you about a suspect. But you can use Detective’s Notebook to note all the clues of your case. You can also use it for gardening plant combos. Click on Notebook at top of the screen which will show you all clues. It is very Handy to arrest the suspect. You can also talk to people about a suspect. They may point to suspect which possibly may wrong.

If you are Stuck to find the Suspect then go around the crime Spot. Try to find Seven Clues instead of Six. Match the clues with targeted Suspects. You can also take the help of nearby Sims. After arresting the right Suspect, they sent him to Police Station. With plenty of evidence and charisma skills, you can prove them guilty. When Orange Bar at top of the screen is full, you can send them to jail.

Sims 4 How to Find Suspect 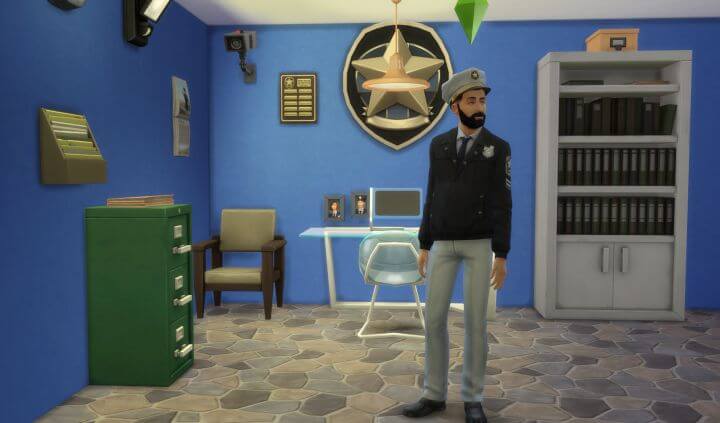 Using the Detective Notebook talk to suspects. To learn Sims Trait use Get to Know Interaction pack. The suspect will always found in described evidence. Talk to them friendly until you can match all the clues of a notebook. Make sure that you have arrested the right suspect. Arresting the wrong suspect may affect your Performance. Bring the right Suspect in a police station after the interaction.

You can promote the performance of Detective Career in Sims 4 using cheats. Press Shift+ Control+ C and then press Enter. You can promote careers.promote.Detective. This will help you to find clues and solving the cases.