There is an actor career in The Sims 4 Get Famous. It’s an active one, allowing you to accompany your Sim to work and manage how effectively they do their job. We’ll examine the career it unlocks in this book, and offer guidance that will help you advance in your job and become more well-known for your performances.

The actor is an active career in Sims 4. Actors need to join an agency to give auditions. Sims need some skill to get selected in Auditions. Actors have to complete daily tasks to improve their acting skills. If Sims doesn’t have acting skills then they will ruin the performance.

Using the phone or the careers tab, you can join the actor career just like any other. You can find a small button that says “Check Open Auditions” to the right of the jobs screen when you press “J” to open it. It’s disappointing, while it would have been good to mimic an actor’s busy schedule because you can only sign up for one gig at a time.

There are two stages after signing up: the audition and the performance’s actual filming. The audition proceeds like it would in any other job. To find out what time it is, look at the jobs panel. Put yourself in a good mood and teleport to the ancient rabbit hole. Your Sim will vanish and be gone for a few hours. Their acting ability and whether or not they fulfilled the “daily tasks,” in this case, audition preparation, are two factors that decide whether or not they did well in the audition. 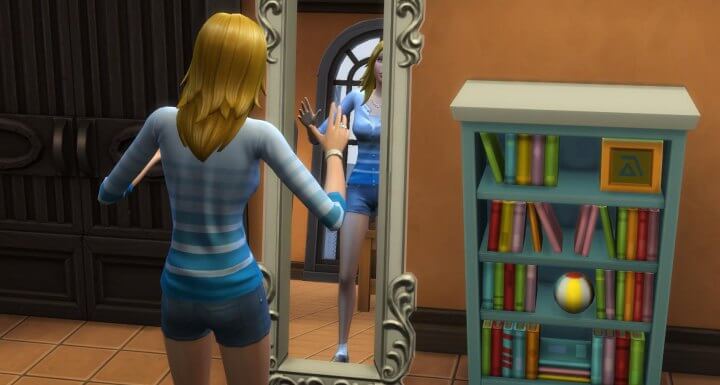 You have to be the appropriate fit for the role in order to get an audition. They can require a charming person, a singer, a musician, or a dancer. It is unwise to attend auditions when one’s abilities are much outside the range.

Although you’ll have a few days to prepare, you’ll usually have goals like “Reach Level 2 Fitness” or “Reach Level 3 Guitar” ahead of you. You have some time to do this and can acquire the necessary skill set early in your career. Later, getting two levels in the allotted time of 18 to 24 hours is substantially more difficult. This phase of the profession is generally pleasant.

On to the Set

Once you have been offered a part following a successful audition, check the jobs panel once again to determine the time of the shoot. This is also evident when you initially sign up for the gig. It’s just challenging to keep up with. You can choose to accompany your Sim and assume control, or you can send them alone and give them the freedom to make decisions like working hard, which is not noticeable during auditions.

Before the shoot, you’ll frequently have two daily jobs to complete, which will aid in preparation and boost performance, particularly if you send the Sim by themselves.

Try to be assured when the moment comes (you can use the mirrors at the studio to Psych Self Up). Even if being confident doesn’t help you perform better at work, it does help you improve your acting abilities. While on set, you have time to use mirrors and other emotional manipulation techniques to maintain your confidence.

How to get a Gold Reward as an Actor

The majority of the time, receiving a Gold Reward entails a promotion in a single day. However, you’ll also increase your notoriety. You’ll see a to-do list in the upper left corner, just as in any other current career. My suggestion is to follow the stylist and costume fitting list.

Tasks like “practice acting,” “chat with the crew,” “receive notes from the director,” and others seem to be quite simple (I hate that part). When you’re a seasoned practitioner, you can skip a lot of stuff and just go in to collect your paycheck without thinking about gold.

A seasoned player would find it quite simple to obtain gold every time they play if they have strong energy, hunger, etc. Unless a significant incident, like a fire, has occurred earlier.

Every shoot has a specific set of tasks. When you’re ready, let the director know and don your costume and makeup. The stage lights up and you may decide whatever scenes to shoot once you’ve informed the director that you’re prepared.

The stage will display X marks. After clicking them, you can start filming. Just be mindful of the passing time so you can relieve yourself or improve your attitude in between takes. You can choose to participate in risky scenes. If you fail, you receive 0 points, but if you pass, you receive twice as many points for the “safe,” which can also be failed if you’re in a terrible mood or have incredibly low skill.

Complete every scenario, and the work is finished. As soon as the filming is finished, you’ll receive word of your reward. Even if you received gold, that doesn’t guarantee you received the maximum return. Even though the pay is usually the same, one shoot may yield three famous faces. Most of the time, I received 2 at a low level, but it is possible to get Gold + 3 famous stars with excellent acting and a shoot with lots of scenes. More risky and difficult moments to shoot lead to more recognition, but only if you can reach the breaking points (I don’t know what they are; if you push the ‘points’ far enough, it’s merely 2 or 3).

Get Famous Expansion Pack is the sixth pack introduced in Sims 4. The main feature of getting a Famous pack is celebrity and fame. Sims can explore the world and join the sims 4 acting career to become famous. Singing, Writing, Painting, etc jobs will also give Fame.