The Sims 4 Mods is a very exciting game and wastly famous in adults. A game is already that much engaging to play and moreover, Sims 4 mods nexus provide there extra stuff to play with and generates so many great moments in the gameplay.

Try out the best sims 4 mods from the nexus Sims mods collection that will make your gaming experience more fun. We have described how to install best Sims 4 mods nexus in your game and also the list of mods you should try out with enough information.

The Sims 4 is a life simulation category game, simply similar to its predecessors. Players create a Sim character which is the main thing and control their life to explore different personalities which change the way the game plays out. Sims are multitasking such as talking while doing a task. Sims’ mood also changes the gameplay. For example, a Sim can do a specific task while being either angry or totally excited.

Same as previous Sims games, player-created challenges abound. One of the most common and famous is the Legacy Challenge, in which players create a single Sim and try to make its family line last for ten generations.

How to Use Mods in Sims

Somehow The Sims is often more in the count, a lot of gamers’ first experience with modding. It can be a little hard at first, but there are some very easy steps to get set up. When it comes for installing third-party files on your PC, only do so from trusted sources. We personally recommend modthesims.com, as mods are curated and checked regularly by the community. Here’s are steps how to download and use mods in The Sims:

There will be Mods startup screen for you, where you can activate all the mods you have downloaded.

There are some key things to be noted in mind when modding with best sims 4 mods, which we’ve listed below:

The most common kinds of mods you’ll find and play across are script mods, they are mods that add scripts to the game, and are added by extracting their zip and package files into your mod folder.

Be aware that mods sometimes conflict with each other. When downloading a mod, first look for any info on the source site that indicates other mods that it will not work with.

Mods can break your game, so a good habit is to make a note of every mod you download, this makes it easier to work out why things have gone wrong.

Keep an eye out for new cool versions of your favorite mods, you can update them then.

Always, take backup of your saves before installing a new mod. 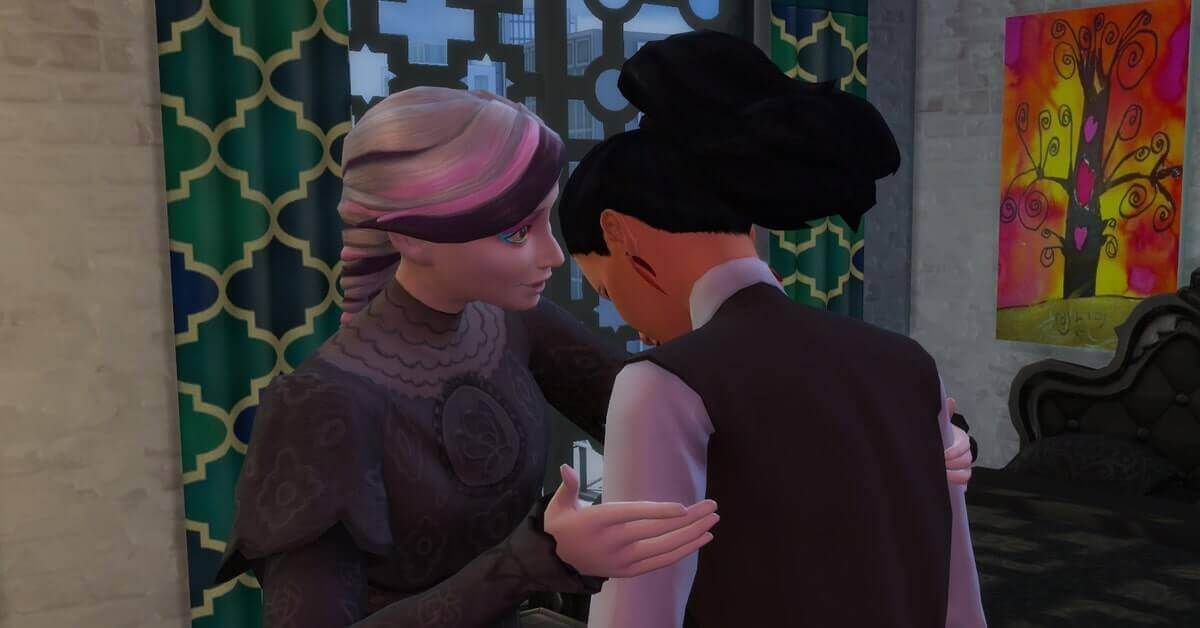 Sims is emotional in nature, and their moods flip like a light switch. By just doing the basic activities—having a good meal in a well-decorated room—will fill them with joy for a few hours, but then the feeling will vanish.

If it is not according to your taste, or if you think the system is just too easy to control, then you might want to download Emotional Inertia. 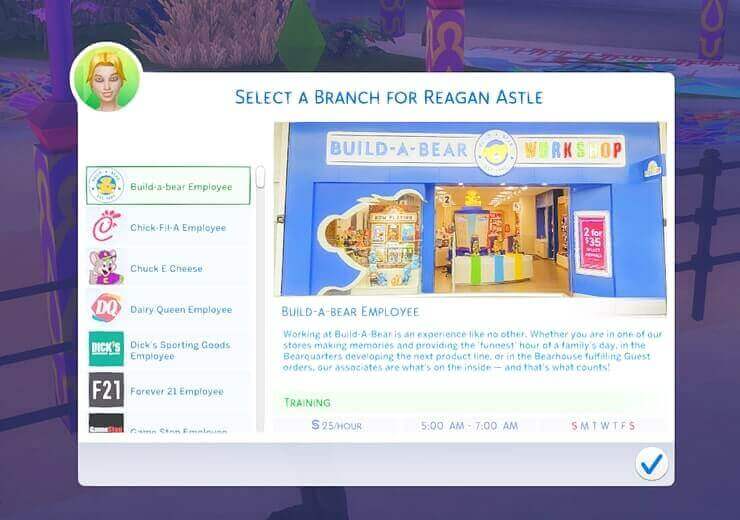 Modders every week add new careers to ModTheSims, so if you ever need inspiration on which direction to steer your Sim in, give it a browse.

The visualization behind them is impressive, and most of them give you a fully-fleshed out a path to follow. If you want to become a bowling champ, game developer, professional hacker or private investigator, you can now follow your dreams.

This mod comes into Sims 4 career mods. Here, like transforming our sim from a basketball draft pick to league MVP in the SBA Baller career. 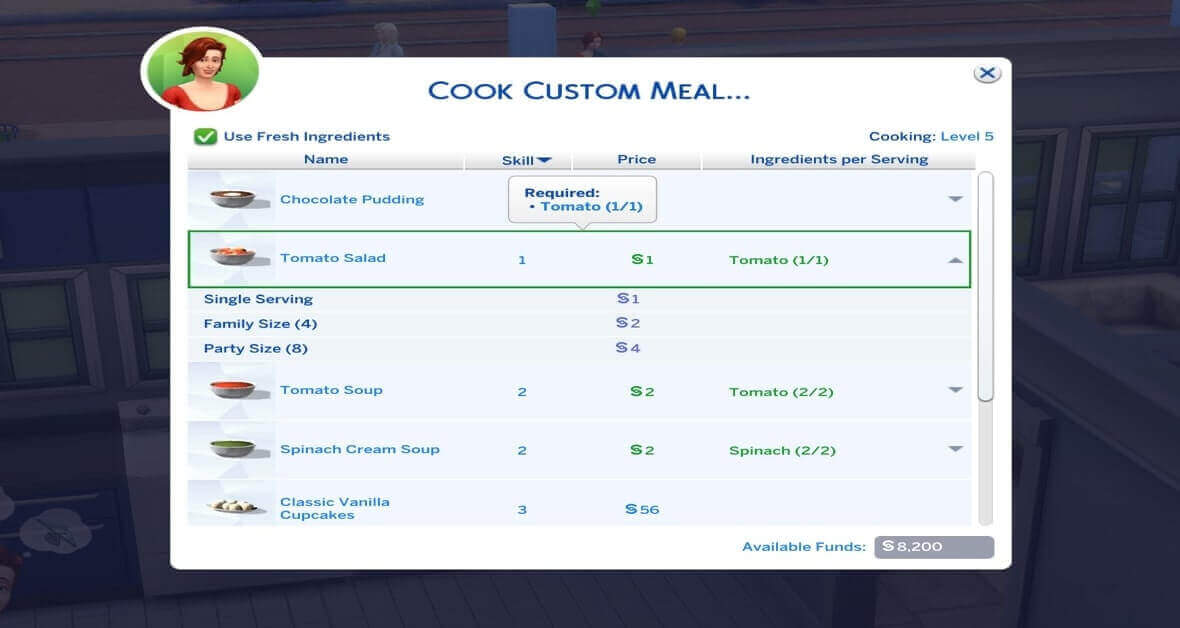 If you want some more culinary creativity, then Custom Food Interactions is the only place you should start.

This will not add any ingredients or recipes to the game—it will just add new possible interactions to cooking equipment along with a menu framework that lets you craft a fridge-full of custom meals from other modders’ kitchens.

By installing this one of sims realistic mods, you’ll want to head over to the ModTheSims custom food section and pick from the menu that’s why it feels like this is one of sims best mods.

You can find recipes for everything from Chinese dumplings to beignets, blueberry cheesecake to biriyani.

Have Some Personality Please! 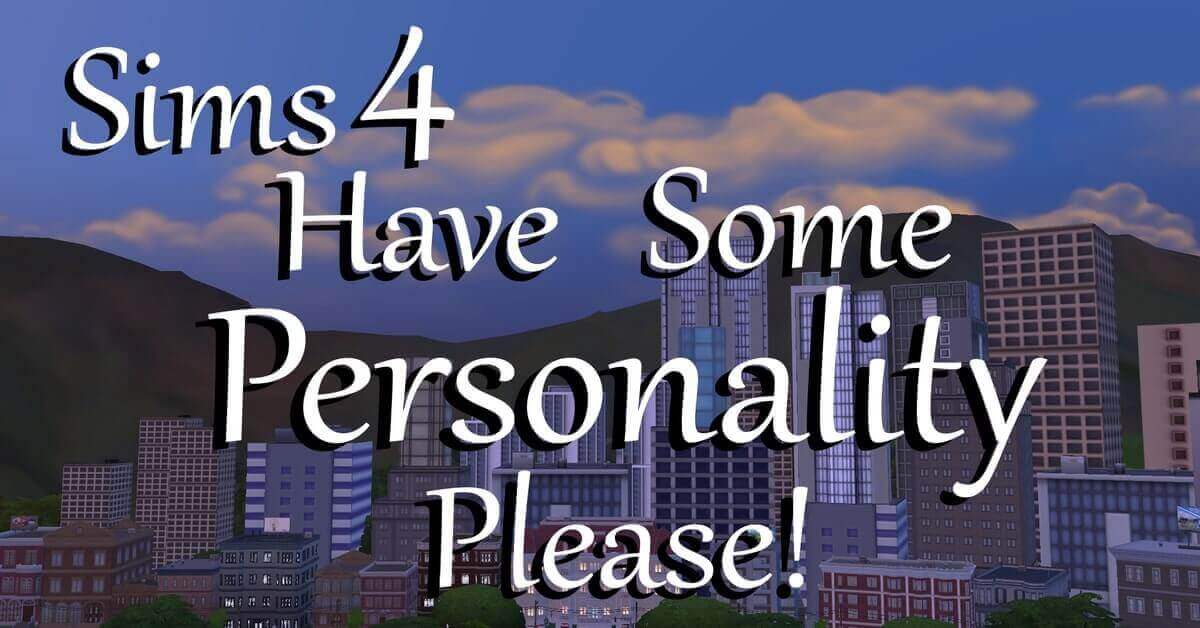 What! The huge overhaul of—as you can probably guess—the way Sims’ personalities work. It changes a lot in the background (read the description on the mod page for an exhaustive list) but probably the best thing about it is that it eliminates all idle conversations.

Two Sims will never again blab aimlessly to each other about nothing in particular: instead of, they’ll get forced to choose an interaction, which is far more interesting. 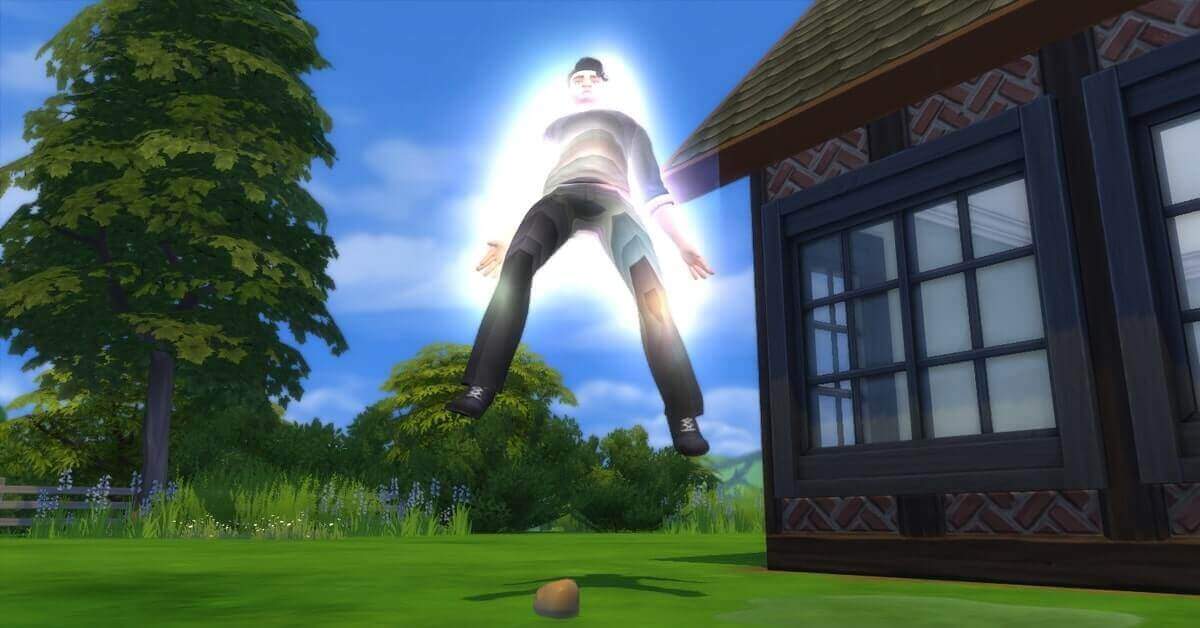 Are you missing the magic of previous Sims 4 games? Become a Sorcerer adds a hearty serving of the supernatural, letting your Sims 4 sling magic spells that can suck the sadness out of a friend or strike down an enemy with a bolt of lightning.

You just have to touch a lump of clay, choose only one of three rituals—they’ll determine which Needs are replaced with new magical ones—and get to casting.

Use of this magic will strengthen your powers and unlocks new spells, but it also depletes your “Magical Connection” (a mana bar, basically), and you must have to drain either yourself or another Sim to replenish it. if you want to download Sims 4 Sorcerer Mod then click on the below link 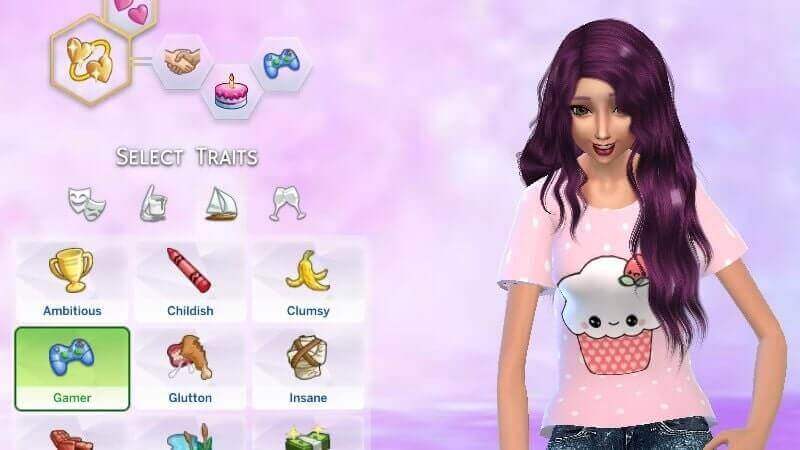 The Sims 4 has a very long list of traits that change the way a Sim behaves, and just because they’re relatively easy for modders to create you can quickly expand that list through custom content.

Gamer trait, for example, it lets Sims improve their gaming and programming skills faster, while the Functional Robots will be in a group of traits that lets you spawn human-machine hybrid Sims or just full-on robots who must have to visit a recharging station in every few hours.

Build your own houseboat 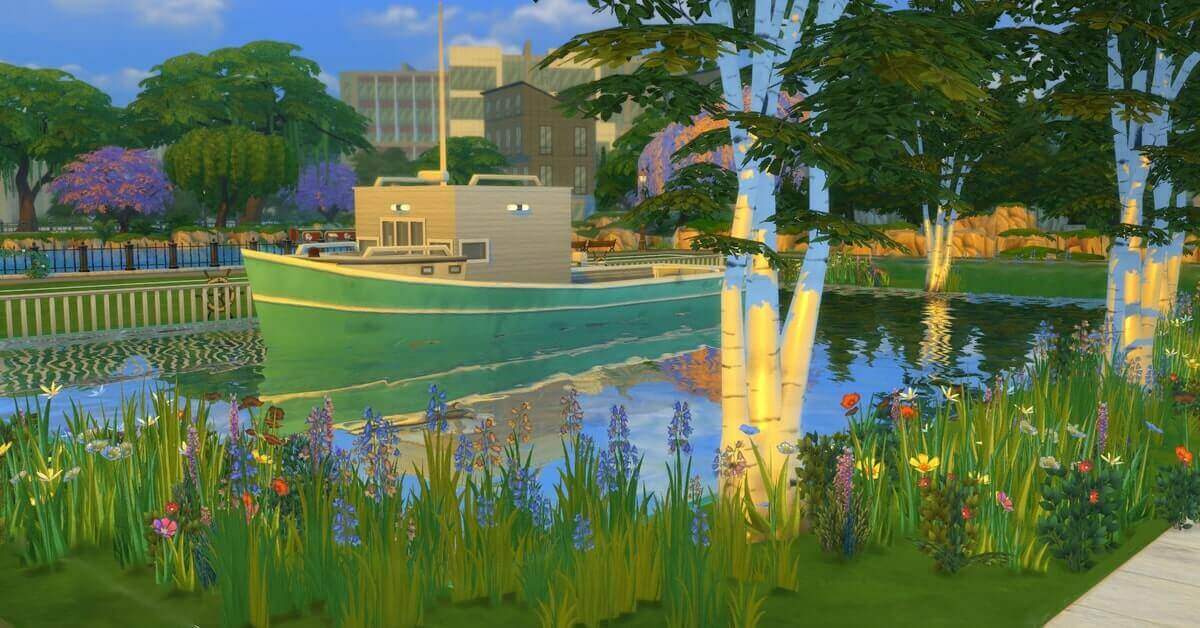 So, you’re tired of living on land? then this mod will let you take to the water, by transforming the game’s decorative boat models into full-on houseboats.

They look beautiful, and limited space there means you’ll have to get creative with what furniture you try to pack into them. choosing for a minimalist designer is good. 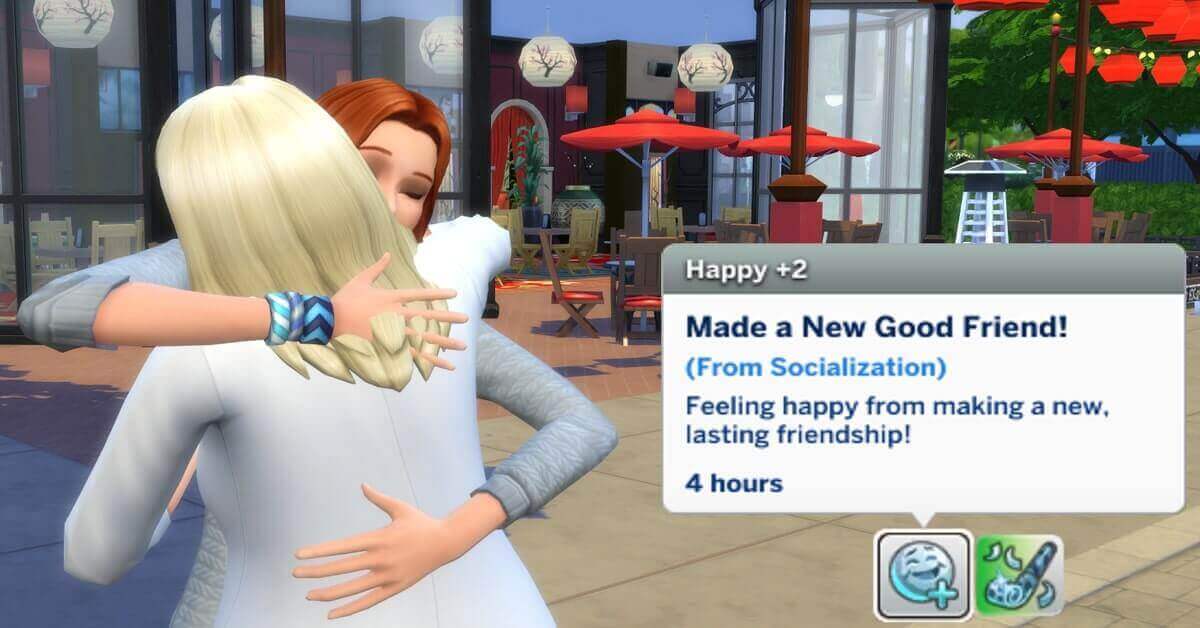 The basic idea behind this mod from roBurky is only to make your Sims’ happiness “fleeting, meaningful, and personal”.

In normal gameplay, ‘happy’ is the default state, but using this mod your Sims will have to make do with simply being ‘fine’ most of the time.

They’ll be truly happy only when something special happens to them such as meeting a new partner, ripping through a good workout or eating a tasty meal.

These events will boost their mood considerably for a short period of time, which feels a bit more realistic. 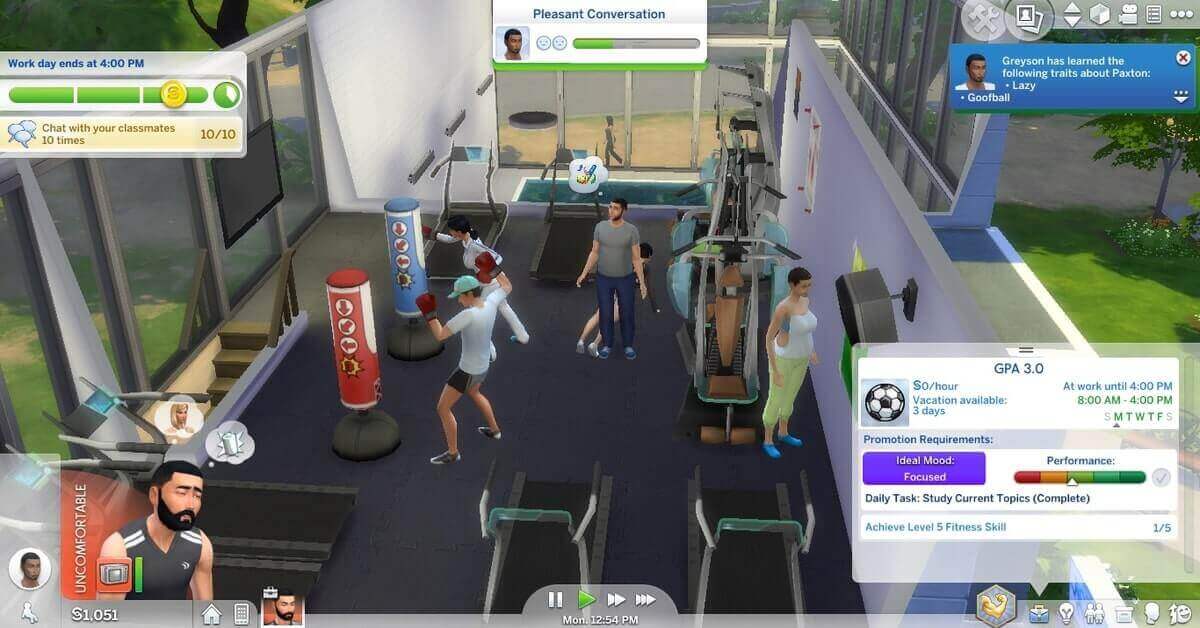 simmythesim’s Get to College sims 4 nexus mod is mentioned before because it fills a gap that those who played The Sims 2 and The Sims 3 will keenly feel.

This mod is not been updated in the last many years, but it’s cool that another modder has come along and patched it up.

This one is a boring one, but Sims’ seating habits are so weird that has mentioned them in our Sims 4 review. So, annoying is the way they move around mid-conversation; when several Sims involved normal conversation can look like an elaborate game of Musical Chairs.

Then Shimrod101 had built a mod that fixes that, making it far more likely that Sims will just stay put. 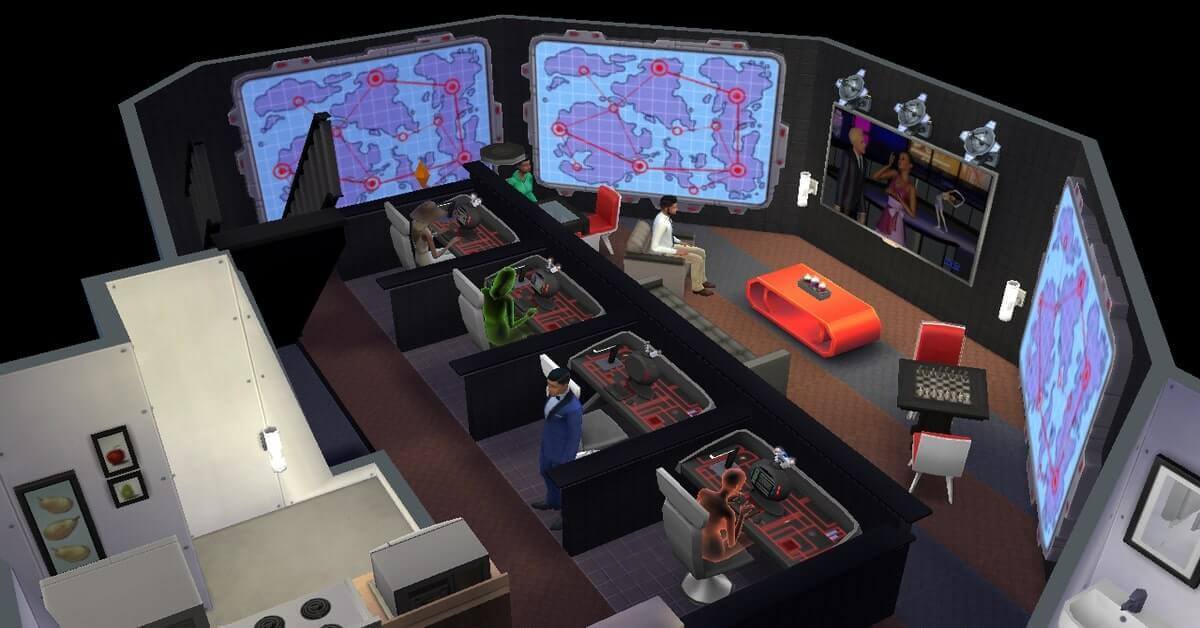 This one is from Zerbu, Turbo Careers mod makes all adult (and two teens) careers function like the active careers from the Get to Work expansion.

Download work venues from the Gallery, including with their combined function, or make your own—just make one thing sure that they have the right objects for Sims to do their job. 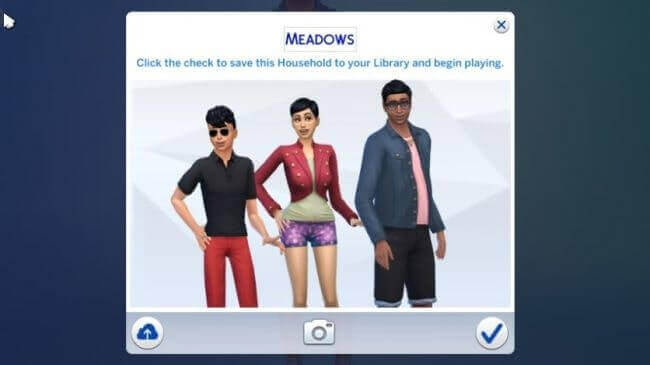 Create-a-Sim is a new tool in the list of best Sims 4 mods and using it, you can spawn Sims of different widths, but you can’t change how tall they are.

This height slider mod is from GODJUL1 which lets you adjust the height of your Sims so that the world looks more naturally varied. So, just click and drag their feet in the tool to stretch or shrink them.

Sorry action lovers this sims 4 game not for you. All that is there into a game is living imaginary young and free life according to your rules and environment.

This change your mental state to a very grateful state. And also the mods for Sims game are just to increase more fun in gameplay. Every Sims 4 mod is different on its own.

Find out which of the best sims 4 mod nexus will attract you most, download them and enjoy the further game.